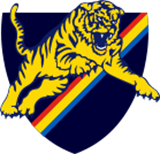 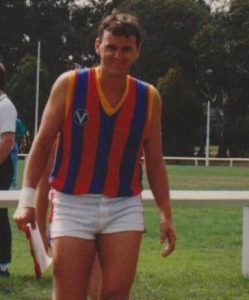 Rod came to the club in 1982 as a St Bedes O.C. player, playing 163 games for the club. During that time he was captain coach of our reserves side for five seasons and played 31 Senior games until 1990.
Aside from his playing career Rod went on to umpire many of our reserve and junior games. He was also a frequent umpire with Greg Kelly of the mid week ACC matches for the college.
Rod coached SBMT  junior sides from 2004 to 2008. Always positive, always encouraging and a great communicator to everyone involved.
He was one of a band of great workers at the club during those years. He played, served on committee and helped out wherever he could. In 1997 he was duly recognised with life membership.
Off field Rod was always willing to chip in and help. He didn’t have to be asked. Nothing was too hard. He would go out of his way to do what he could.
Sadly, Rod Bryant passed away in March 2013. He was well known to many generations of players and members of the St Bedes/Mentone Tigers, as well as the general football and local community.
In a fitting tribute, the Club honours his memory by striking the Rod Bryant Award recognising a person, from our junior grades, who has made an outstanding volunteering effort.